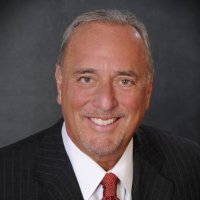 Companies Mr. Werner has founded and served as Chairman/ CEO or General Partner are:

• First Capital Financial Corporation founded 1974; acquired over $2 billion of commercial real estate 1974-1984. First Capital taken public in 1981 and acquired by another public company in 1984.
• Bayshore Partners Ltd. formed in 1985 acquired approximately $500 million of commercial properties all of which were sold by 1993.
• Mortgage.com (originally First Mortgage Network) founded in 1994, taken public thru an IPO in 1999 and acquired by a European bank in 2001. Mortgage.com was an early originator of residential mortgages on the internet with annual sales in excess of $5 billion by 1999.
• Cypress Creek Capital founded in 2003 acquired Commercial Income property in Florida (2003-2007). Assets of approximately $400 million were either sold or are still held for investment.

Other Interests or achievements:

• Has served on numerous boards of directors of both private and publicly held for-profit companies
• Co-Founder and Board Member of The Strategic Forum 2004-present. Served as Chairman 2004-2006.
• 2000 Florida Finalist Ernst & Young Entrepreneur of the Year Award

Mr. Werner is married to Annette Franqui, has 5 daughters and resides in Miami, Florida.