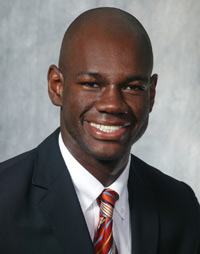 Jonathan K. Osborne represents businesses and individuals in sensitive and high-stakes matters, including complex investigations.  Jonathan has tried cases in federal court and argued appeals in the United States Courts of Appeals for the District of Columbia and Eleventh Circuits.  Jonathan previously served in the U.S. Department of Justice as an Assistant United States Attorney for the Southern District of Florida.  Before serving as a federal prosecutor, Jonathan maintained a business and appellate litigation practice at Gunster.

Jonathan focuses his practice on advising and representing clients in internal investigations, as well as in litigation in state and federal courts, as well as arbitration.  He has handled complex, high-stakes matters in areas including shareholder disputes, commercial contracts, trade secrets, employment negotiations, campaign finance, and criminal exposure at the state and federal levels.

While a federal prosecutor, Jonathan’s experience included leading grand jury investigations, wiretaps, and prosecuting a variety of federal crimes. Beginning in 2016, Jonathan served as a member of the High Intensity Drug Trafficking Area (HIDTA) task force, an enforcement program of the U.S. Office of National Drug Control Policy, where, his investigations focused on transnational crime and involved the collaboration of U.S. Embassy officials, as well as law enforcement in Europe, South and Central America and the Caribbean.    Jonathan received numerous commendations for his service to the United States, including from the Federal Law Enforcement Officers Association, the Department of Homeland Security, and the South Florida Inspector Generals’ Council.

In 2015, Jonathan founded a mentorship program with the legal academy magnet programs at Law Enforcement Officers’ Memorial High School and Coral Reef Senior High School in Miami. The program features field trips and guest speakers, as well as helps equip students for careers in the legal field and law enforcement.  In 2017, Jonathan received the U.S. Attorney’s Office Volunteer of the Year Award for this achievement.

Jonathan attended Georgetown University Law Center, where, as a student, he briefed and argued an appeal before the United States Court of Appeals for the District of Columbia Circuit. Prior to law school, Jonathan played college basketball at the University of Nevada-Las Vegas (UNLV) and University of Alaska-Fairbanks, where he won the athletic department’s community service award.